MIDDLE EAST EARTHQUAKES *Pynchas Brener *Ambassador of Venezuela in Israel* Two different events shook up the region this week: the agreement between Israel and the UAE to establish full diplomatic relations in the immediate future, and the series of explosions in the Lebanese harbor that caused the death of more than 170 people, thousands wounded and an even greater number homeless. The events could not be more graphic of two opposite views with regard to a shared conundrum: how to deal with the existence on a non-Muslim nation in a corner of the world considered suitable only for the followers of Allah. When I arrive in the synagogue several minutes before the morning prayers, I usually reread a letter of Nachmanides, the Middle Ages sage of Gerona, Spain. He warns his readers not to fall prey to anger because it leads to hate, blinds your mind and prevents rational thinking. Anger makes you lose freedom, and leads to becoming a slave to irrational emotions. The Jewish people, after the establishment of the independent State of Israel must have faced a dilemma. Will it take revenge for the Holocaust and bomb Auschwitz and Sachsenhausen, or maybe Berlin itself, the capital of Germany? I don’t know personally of anybody who held such an opinion, but I can imagine it may have crossed some minds. Yet, no such thing was ever undertaken. What would be gained by destruction? What was necessary was education to make sure the world recognizes what happened and assumes a share of responsibility. As if by prophecy, Dwight Eisenhower made sure that pictorial evidence be taken, lest in the future it be denied, as it, nevertheless, is happening. The Jewish people made sure to create an armed force “Tzahal”, in Hebrew, that should be ready and able to defend the new State and prevent a repetition of the wholesale, maliciously and meticulously planned assassination of a nation such as was perpetrated by the Nazis. The late Jonathan Netanyahu died in the Entebbe expedition sent to Uganda to save Jews who had been singled out only because they were Jews. Israel rose through the hard labor of hundreds of thousands of pioneers who converted sand and abandonment into flourishing villages and cities. Hate was not their compass, anticipation and future moved them, symbolized by their anthem Hatikvah, hope. The Hezbollah of Hassan Nasrallah is not motivated by faith in the morrow. It is unfortunate that, as they repeatedly state, hate of Israel inspires them. This fact was graphically and tragically expressed by the explosion of different stuff and chemicals that were supposed to be used in destruction. Kudos to the Crown Prince of Abu Dhabi who chose a different path. I applaud him for taking the high road of progress, with an eye to a future of cooperation with the State of Israel that has emerged as a world leader in the latest technologies. Both nations will surely benefit, but above all, so will their individual citizens that will learn to appreciate and respect, even their differences. My admiration for Benjamin Netanyahu who had to choose between the policy of integrating parts of Judea and Samaria into the State of Israel and obtain the political favor of a sector of the Israeli population, and on the other hand, opt for the establishment of diplomatic relations with the UAE. His vision of History led him to choose diplomatic relations and, simultaneously, assured him a seat among in the exclusive row of the builders of the young state along with Ben Gurion and Begin, Golda Meir and Chaim Weitzman. 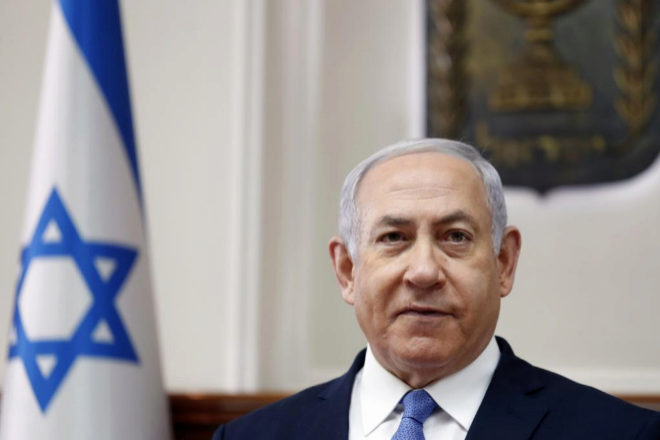